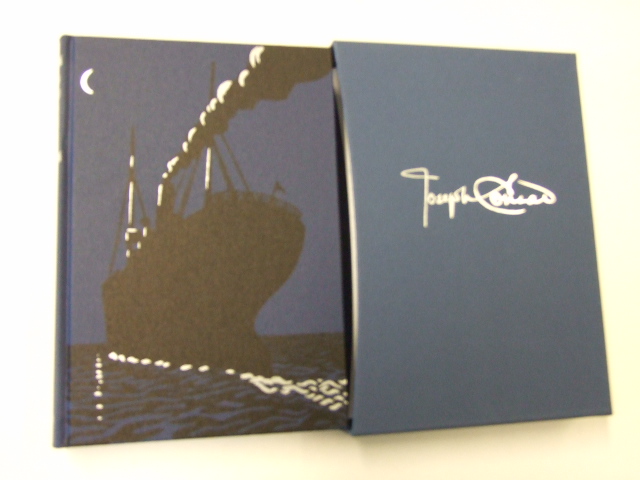 Published in London by Folio Society. 2014. First Thus. Fine Hardback. No inscriptions or bookplates. Near Fine slipcase. Slight marks to panels of slipcase. This timeless collection of Housman's 63 elegiac poems features the wood engravings by Agnes Miller Parker created for the 1940 edition. Into my heart an air that kills. From yon far country blows: What are those blue remembered hills, What spires, what farms are those? That is the land of lost content, I see it shining plain, The happy highways where I went. And cannot come again. Simple, elegant and musical, the poems in A. E. Housman's A Shropshire Lad are among the most timeless in the English language. This Folio edition presents them alongside the 56 wood engravings created for the 1940 edition by Agnes Miller Parker, one of the UK's foremost engravers. Production Details. A Shropshire Lad book. Quarter-bound in cloth with paper sides, printed with wood engravings by Agnes Miller Parker. Set in Baskerville. 96 pages with 56 wood engravings. 9" x 5ľ". The poems of A. E. Housman. Beloved by both scholars and general readers, A Shropshire Lad was self-published in 1896 and has been continuously in print ever since. Housman, who was also the greatest classical scholar of his age, wrote the cycle of 63 poems after the death of his friend Adalbert Jackson. Among his themes are the transience of youth, the sorrow of death, the loss of friendship and the beauty of the English countryside. The poems' depiction of young, brave soldiers made them widely popular during and after the Boer War and the First World War. They also captured the imagination of many composers, with George Butterworth, Ralph Vaughan Williams and Samuel Barber among those to set them to music. Housman evokes a semi-imaginary pastoral landscape, his tone often rueful and elegiac as he evokes the 'golden' years of youth and the realm of classical myth. But it is perhaps for the directness and poignancy of his language that the poems have endured. On the vagaries of feeling and the fragility of human kinship, he is at once emotional and unsentimental, lyrical and frank. The Release of Light. Ian Rogerson, author of The Wood Engravings of Agnes Miller Parker, on the exquisite engravings for A Shropshire Lad. Highly descriptive, direct writing poses special problems for illustrators. Richard Le Gallienne, in reviewing A Shropshire Lad in The Star of 11 May 1896, unconsciously emphasised this point by describing the verse as 'poems combining to paint a picture'. When Agnes Miller Parker finished cutting the blocks for A Shropshire Lad in July 1940, it was with a sense of relief. She admitted to enjoying the work 'despite the war and its horrors'. Including the title-page decoration, there were fifty-six illustrations to be drawn and engraved. This was a sizeable undertaking, considering the relatively small amount of text involved. Cleverly, Agnes sets the scene with a calm title-page vignette where the poet contemplates his landscape. Immediately following there is a powerful tailpiece of a burning beacon, this image of the night sky being the forerunner to the similar scenes in her illustration of Hardy's The Return of the Native. 'We should all write poetry like Housman, if only we could'. T. S. ELIOT. The tailpiece to 'Loveliest of trees, the Cherry now' is a modest cut, for no illustration could add much to twelve of the most poignant lines in the English language. However, Agnes had no such inhibitions about 'The Recruit', the first of the military pictures in the book, where her exquisite, crisp tool-work reveals a self-consciously smart soldier set against a background of Ludlow town. Agnes Miller Parker's clear vision, combined with an astonishing virtuosity of technique, was responsible for an array of black and white illustrations which, in its genre, is unrivalled. Clare Leighton, her contemporary during the nineteen-thirties, described her as 'one of the most highly skilled engravers living. No one can equal her in her delicate merging of blacks into whites through infinite varyings of greys.'. The art of wood engraving is to release light from the block. Agnes Miller Parker's skill with the burin was of such an order that her blocks, when printed, positively radiate light. She could infuse the most mundane subject with sparkle and, at times, achieved such a level of coruscation in her illustration that verbal description becomes virtually meaningless. 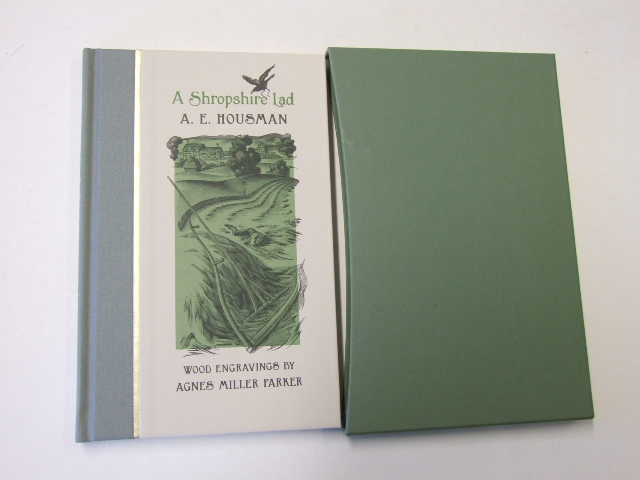