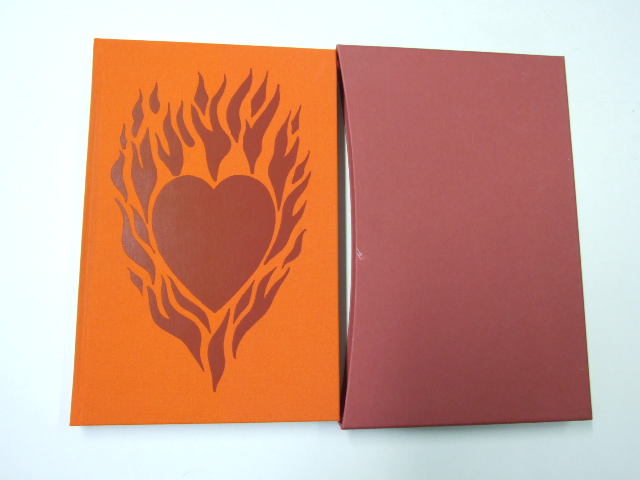 For Sale
The Loved One
Waugh, Evelyn
Click to view details

Published in London by Folio Society. 2015. First Thus. Fine Hardback. No inscriptions or bookplates. Near Fine slipcase. Slight fading around slipcase edges. Historian James Holland introduces a richly illustrated edition. Bound in cloth, blocked with a design by Raquel Leis Allion. Set in Joanna with Photina display. 408 pages. Frontispiece, 24 pages of colour and black & white plates and 2 integrated documents. Printed endpapers. 9˝" x 6Ľ". The very name Colditz is synonymous with incarceration – with the image of a bleak, inescapable fortress. But the notoriety of this prisoner-of- war camp, to which the Germans dispatched the most recalcitrant officers of the British and Allied forces, is ironically due to its record number of successful escapees. These were so numerous that life in the castle was an almost daily game of cat-and-mouse, and so many recaptured escapees were punished with solitary confinement that they often had company. Most were not dissuaded from trying again, knowing that the threat of shooting was largely an empty one. The details of these exploits emerged soon after the war, but it was Major P. R. Reid’s best-selling account The Colditz Story, published in 1952, that cemented the castle’s emblematic status within the POW-escape genre. In Colditz: The Full Story, first published in 1984, Reid sought to give a more comprehensive account of life in the castle and the many escape routes pursued. Colditz lies in Saxony, to the south-east of Leipzig, and is really a very pretty and rather alluring place. The castle still dominates, with its huge stone walls and austere roofs, but it looks altogether less threatening and severe than it once did. The grey stone has now been painted white, giving it a softer appearance, and trees have grown up all around, while its position, perched high on the rock overlooking the pretty Zwickau Mulde River, gives it an undeniably romantic aura. There has been a castle here since the mid-10th century, but the schloss of today was largely rebuilt in the 16th. No wonder, then, that it has about it all the romance of a Renaissance castle. Colditz also has a very rich history, of which its time as a notorious prisoner-of-war camp amounted to just five short years. Perhaps unsurprisingly, there are few reminders in the nearby museum or castle itself of those days. During its time in Soviet-backed East Germany, its wartime role was pushed into the background, while today it is celebrated for all its many other roles: as royal palace to the Electors of Saxony for some 300 years, then later as a workhouse for the poor, and for nearly 100 years until 1924, as a sanatorium. In its glory days as a palace, however, it must have been quite something, an even more dominating presence than it is today. Complete with a gothic chapel, opulent furnishings, and even the largest zoo in Europe in its grounds, Colditz was a palace worthy of rich, Renaissance princes. Strip away the princely trappings, however, and it is easy to imagine how the fairy-tale castle became the cold, bare and unforgiving place known so well to POWs like Pat Reid. P. R. Reid (1910–90) was a British Army officer and author. He gained a BSc from King’s College, London and qualified as a civil engineer in 1936.With the outbreak of war in 1939 he was commis- sioned into the Royal Army Service Corps and was posted to France as an ammunition officer with the British Expeditionary Force. In 1940 he was taken prisoner and held captive at Colditz Castle until 1942 when he escaped, crossing the border into Switzerland. Reid was awarded the MC in 1943 and reached the rank of major. After the war he was a diplomat and administrator, before returning to his pre-war career in civil engineering. 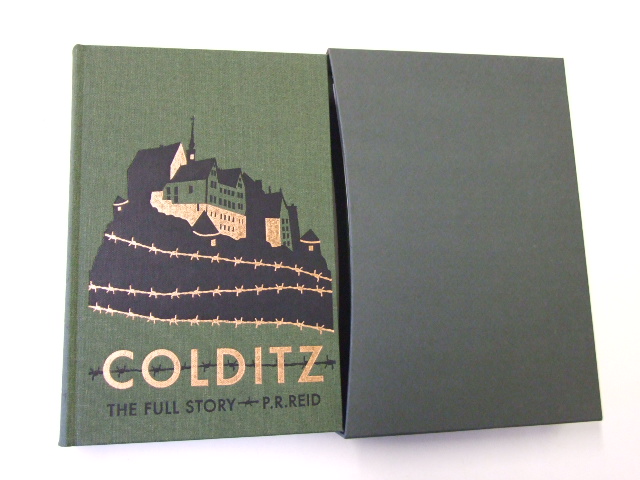