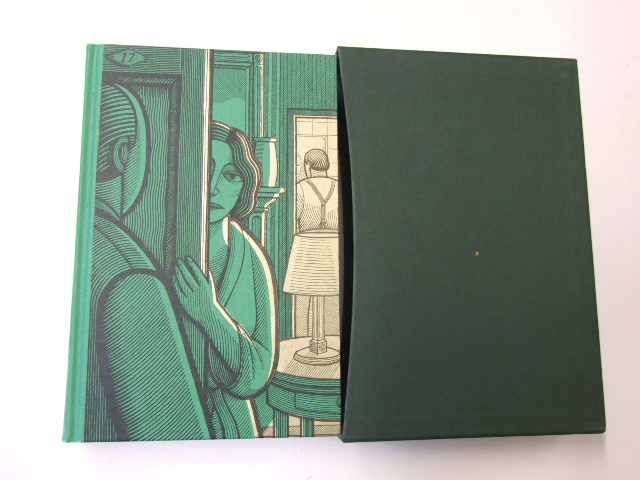 For Sale
The Camberwell Beauty and Other Stories
Pritchett, V S
Click to view details

Subbuteo Football - Game for a laugh

I was recently looking around a toy shop for a present for my older son's birthday - he was two last week. He is now approaching the age when you can justify buying all those toys and games that you had (or wished you had had) as a child.

I was a bit downcast because I thought that computer and video games had replaced the old fashioned pastimes of my youth, but I was pleasantly surprised as I looked around the array of goodies for the children a bit older than my son. My eyes alighted on the familiar green livery of a Subbuteo football set.

Now, like most men of my generation, I had passed many happy hours learning the 'three flick trick' with my army of Subbuteo football teams, and I was fascinated to see how things had changed. The answer was not very much. You can seem to buy a few more 'accessories' (stands and fans and all the paraphenalia), but the basic kit remains the same.

My set had been laid out on a quarter size snooker table. This gave a great surface for playing on, but throw-ins were tricky as you had to bend your finger under the cushion to propel your miniature Bobby Charlton. 'Potting a red' also took on a new meaning, as you ran the risk of George Best diappearing into the centre pocket if you were a bit over zealous with a pass.

Suspension of disbelief was tricky when confronted with the huge plastic ball, with a scale diameter of about seven feet. The smaller ball for 'more experienced players' (but oddly not for the World Championship) was still not to scale, but looked a bit more convincing. The absurd accessories were a large part of the fun. I had the fence surround that never held together because the lugs of the advertising boards always used to break off, and the photographers behind the goal who were always knocked over when a shot went wide - just like the real thing. The unstylish 'ball raising chute' for taking corner kicks was soon replaced with a set of corner flags with indentations in their bases to hold the ball, which gave much better results. There were the bizarre practice aids, like the 'dribbling posts' through which you were supposed to propel your players at speed, and the unlikely plastic wall criss-crossed with elastic bands. The idea was to throw the ball at it, and try to stop the rebound with your goalkeeper, but the rebound either never reached your goalkeeper, or passed him bullet like into the goal.

My 'Club' set, unlike my friend's 'Continental' set, did not have the floodlights, and this was a source of some anguish until we tried playing Subbuteo by floodlight and ended up tripping over the dog. Funnily enough, I recently saw another Subbuteo football afficianado (UK or world champion or some such thing) playing the game on 'The Big Breakfast'. Competition at his level was clearly fierce, with some players trying to gain illegal advantage by stretching the arms of their goalkeeper by heating them up. What is the world coming to?

In the sixties, Subbuteo also produced a number of other sports games, but for me they were never really successful. I remember Subbuteo rugby, which never solved the problem of having to push your player forward to attempt to score a try, but having to pass the ball backwards according to the rules of rugby. In the unlikely event that you did score a try, you could then avail yourself of the services of your 'goal-kicking fullback'. This figure was a Goliath of the Subbuteo pitch, towering over his teammates at a scale height of some twenty five feet. His whole body pivoted about the top of his left leg, enabling him to propel the ball into the air with the agility of Spotty Dog. Finally, there was the ingenious scrummer; a plastic box with a hole in the top. The idea was to drop the ball into the scrummer, which then fed it out at random from one of a number of holes around the base. The problem was that it took considerable skill to drop the ball from the prescribed height (to stop you cheating) into the little hole. Many a game would end in frustration with repeated attempts to get the ball into the scrummer.

I was also the proud owner of the Subbuteo cricket 'Test Match' set, with the sightscreens and a little man pulling a plastic roller. Oh heady days. Again some of the atmosphere was lost because there was no real point in having fielders much further than an inch from the bat, where they stood some chance of actually 'catching' the ball in the little cup in front of them. Moreover, the model batsman himself was inconsequential to the progress of the game. He stood eternally poised for action, while the batting person wielded a huge plastic bat on the end of a handle and tried to make contact with the ball. Virtually all runs were scored in boundaries, but the best thing in the set was the scoreboard, which managed to record runs, wickets and last wicket details using eight circular wheels that fitted into the small frame with the engineering ingenuity of a Rubik cube.

Finally there was Subbuteo fishing, at which the mind truly boggled. I seem to recall seeing a set, with magnetic rods and metal fish, but I don't think it ever really caught on.

So there I shall be in a few years time, trying to cajole my sons away from the lurid technicolour of their computer football games, to the lush green of their Subbuteo soccer pitch. Encouraging them to spend their pocket money on Anderlecht or Burton Athletic (garish coloured teams at half price), rather than the latest GameBoy. And who is to say that in another twenty years time when Super Mario has long ago hung up his striped shirt for the last time, my son will not be digging out his dog eared bits of plastic and teaching Subbuteo football to a new and ever more sceptical generation?