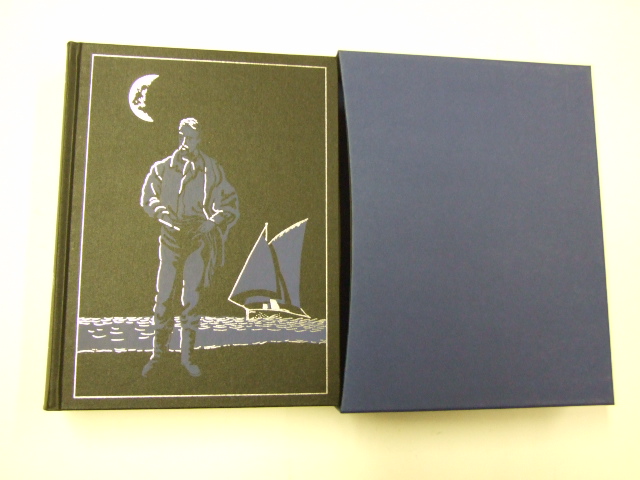 For Sale
The Isle of Voices and other Stories
Stevenson, Robert Louis
Click to view details

Published in London by Folio Society. 2014. First Thus. Fine Hardback. No inscriptions or bookplates. Near Fine slipcase. Slight marks to panels of slipcase. Introduced by Sara Wheeler. Freya Stark's trailblazing account of her 1934–35 journey into what is now modern Yemen confirmed her status as one of the greatest adventurers and travel writers of the 20th century. The Southern Gates of Arabia. 'A mistress of endurance and fortitude in travel and in the suffering of terrors and danger.' This testament from the Sayyid family of southern Arabia befits Freya Stark, one of the most courageous travellers of the 20th century. This is her pioneering 1934–5 journey into present-day Yemen, which was, and still is, one of the wildest and most inaccessible parts of the region, where 'the ancient geographers lead one more competently than modern map-makers'. The Southern Gates of Arabia book. Bound in buckram with inset label, printed with a photograph by the author. Set in Minion. 336 pages with 61 black & white photographs. Printed endpapers. 8˝" x 6˝". One of the most courageous travellers of the 20th century. Embarking from the Gulf of Aden, Stark rode north along the ancient incense route. She was the first European woman to set foot in many places there, and the first foreigner to visit the white-walled city of Huraidha. As a woman, she was able to befriend not just the beduins and shaikhs but women such as the Sultan's harem at Sewun, who 'regarded with horror my freckled hands, which they attributed to measles' (an illness that, ironically, she later contracted). She is equally humorous, learned and lyrical, with an eye for the beauty of vast deserts, fertile wadis and towns with their 'dusty streets unpaved and silent, and solitary save for a woman here and there trailing her long blue gown by some carved doorway'. In her introduction, travel writer and biographer Sara Wheeler explains why she considers this to be Stark's best book – 'a heady mix of hardship and luxury, scholarship and mischief, loneliness and intimacy'. This edition, styled to resemble a travel journal, features 61 of Stark's original photographs, integrated with the text. The binding bears a photograph of a town in the Wadi Do'an and a lattice-work design, based on an ornately carved door photographed by the author. The same pattern is reprised in the printed endpapers. Also included are two maps, redrawn from the first edition, showing Stark's route and the incense routes of Arabia. 'Scholarship and mischief, loneliness and intimacy'. In topographical description, Stark comes into her own. That lovely coast, unfurling for all time on a moonlit night, eternal as words on a page; a dhow, casting off so that 'the beautiful pale triangle bellied out between us and the town, and moved noiselessly into the darkness of the sea'; the sand foreground of the Makalla estuary 'whose sober colours gather themselves discreetly to a climax in the living browns and fawns of camels crouched in circles'. In a paragraph— no, a sentence—one travels from Ancient Egypt to the brown bed of a Dartmoor stream (Dartmoor appears later in the book too). At one point the author describes a companion as 'inclining to the baroque' – and so is she, in her use of language. But she is capable of humour, when a dash is required. After one session of interminable politeness, she realises that 'the end of a speech makes one realise that the Cessation of Pain is one form of Pleasure'. The book is bursting with scholarly detail and deep learning, Stark quoting widely and judiciously from Milton ('Araby the Blest') and many others. A note at the end of her introduction regrets the terminal damage to her plant specimens after salt water damaged the press in which she shipped them home. . . Like all true writers, Stark knew, or intuited, that specificity is the key, if one is to reel in the reader. She describes 'heaps of small dried fish as high as a man' sold by the basketful for camel fodder, and drops of frankincense sticking to the bark of Boswellia carteri and Boswellia bhuadajiana, its colour noted in the inventories of Rameses III (Stark was always alert to the power of the exotic name). The Southern Gates is a heady mix of hardship and luxury, scholarship and mischief, loneliness and intimacy: all perfect combinations, and the oppositions give Stark's prose its tensile strength. Again and again in these pages she switches from the distant shot to the close-up in half a sentence. The effect is dynamic. It's hard to think of a writer in the travel game who most closely demonstrates the merits of Flaubert's three rules for good writing: clarity, clarity, and finally clarity. When I reread her now, her restrained powers of description, husbanding the lyrical moment, shine as brightly as they ever did. . An extract from Sara Wheeler's introduction. From the Folio Society description. 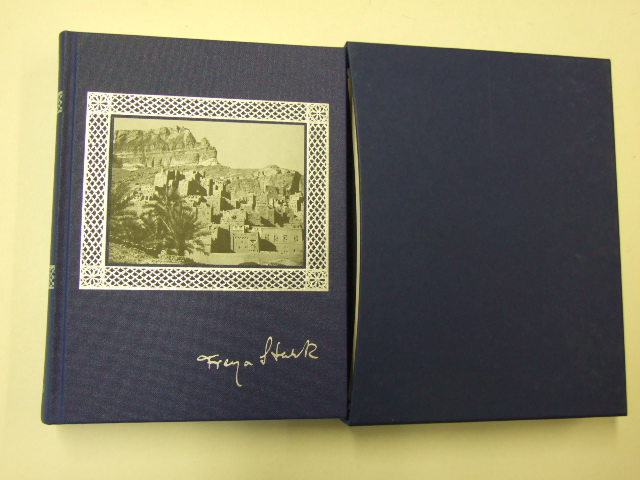