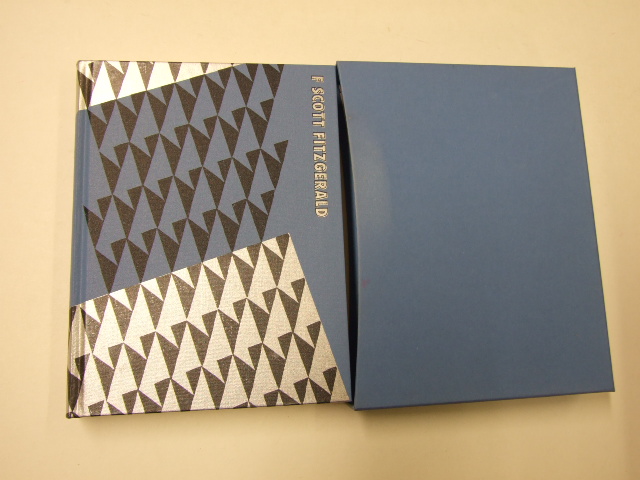 For Sale
This Side of Paradise
Fitzgerald, F Scott
Click to view details

Rare Books - The lighter side of book collecting

Rare books have always had a fascination. For many years I have frequented bookshops, amassing items that I enjoyed reading. Starting with Giles annuals twenty years ago (when they averaged about forty pence each, a bit less for the older ones, now worth tens or hundreds of pounds), and then moving on to first editions, it has always been a happy way of passing an hour or two. In a new town, armed with a copy of the 'Book Browsers Guide' an entertaining afternoon could be spent tracking down the secondhand bookshops in the area.

In order to find better value items, I also began scouring jumble sales and car boot sales for lost gems. Car boot sales are generally fairly civilised affairs, apart from the first five minutes after the arrival of a new seller, when a swarm of bargain hunters descend on the broken fondue sets and curling tongs. Fortunately not many people go to car boot sales to buy first ditions, so you have a pretty free hand.

Jumble sales however are quite another story and are not for the faint-hearted. I occasionally encountered cartels of stout ladies who effectively ruled out any possibility of getting to any of the items on offer. I thought it was my imagination at first, but these people actually hunt in packs. Unless you are in the clique, they will not let you get within three yards of the Nearly New stall laden with all those ill-fitting jerseys in loud colours.

With luck, you may find a separate book stall where you at least have a chance of finding a bargain, but you have to be on top of your form to keep up with the regular jumblers. For all that, in one marvellous morning I endured incredulous stares as I gathered up twenty five Elinor Brent-Dyer schoolgirl yarns, in the vain hope that they might be valuable. When I got them home and looked them up I found that they were all first editions in dustwrappers and worth around eight pounds each.

I eventually gave up hunting for at jumble sales when I realised that I was being beaten to bargains by other book enthusiasts who seemed always to be a few ahead of me in the queue. One of these men, whom I followed around local jumble sales for a few months, is now one of the top dealers in children's titles in the country.

The book trade seems to have more than its share of amiable eccentrics. Many years ago I regularly used to visit a secondhand bookshop in Winchester where I saw a tall man selling every conceivable magazine to a steady stream of customers. All around him were precarious piles around which the punters picked their way to the counter. One day I heard a man inquire of the shopkeeper hopefully if "by chance you have a copy of the Radio Times?" Instantly he replied "No sir, not by chance, but by pure business acumen". He always greeted me with a cheerful smile, then a furrowed brow as he tried to recall if he had anything in stock that might interest me. His unerring accuracy in his directions ("about halfway down the pile on the fourth stair I think sir") always amazed me.

I sold stock I didn't want via advertisements and catalogues. My first advert led to a dozen calls for one book, and none for any of the others. The very first telephone call which I had was from a young lady who inquired if that was "Mr. Berkshire". "No, sorry, wrong number" I replied quickly, and on my way back to my chair, the unlikely coincidence of the thing started to dawn on me. Sure enough, two minutes later the telephone rang again, and a poorly disguised voice asked again for Mr. Newbury, and explained that she had not had the advertisement with her last time she rang.

Another caller's opening gambit was to proudly announce that he had a twelve inch Zebedee. I expressed my amazement, and he followed up by asking if I had similar Dougal, Florence or Brian toys available as he collected Magic Roundabout memorabilia. Another customer collected "everything to do with John Noakes", the Blue Peter presenter.

A few things about the book business seemed frankly bizarre when encountered for the first time. I remember being somewhat bemused by a book being described as "suitable only for reading". It sounded a bit like a refrigerator that was only fit for keeping things cold, or a kettle that you could only boil water in - not really a major disadvantage one would have thought.

A moment's reflection, however, is enough to realise that to a collector of anything, whether it is stamps, postcards or tea-pots, condition is all important. In fact to a collector, actually reading a book is often secondary to having it in his collection. Frequently I have purchased first editions when I already have a paperback copy. In the unlikely event that I wanted to read "Casino Royale", I could buy a paperback copy for a few pounds, rather than spend a few thousand pounds on a first edition in a dustwrapper. In many cases, a collector will not actually read a book before proudly putting it on the shelf to join his collection. Hence, when a book is described as "suitable only for reading" or "a reading copy" it simply means that it has no real value to a collector because it is in poor condition. However, most are usually all right for reading even if the boards are tea stained and the spine broken.

In order for a book to be valuable, it has, with the exception of very scarce items such as first editions of "Alice's Adventures in Wonderland" or "Samuel Pepys Diary", to be in good condition, and complete. This means that it should also have a dustwrapper if it was published with one. In fact, in many cases the presence of a dustwrapper (the paper cover supplied on most items published since around the turn of the century) can increase the value of a considerably. Things like this can be surprising at first. However, as soon as you get away from the idea of printed items being simply things that you read, to considering them as an investment, the reasons become clear.

In conclusion, if you are thinking of investing in rare books be prepared to engage in some odd conversations and to meet some eccentric people. Invest only in areas in which you have a genuine interest, be it childrens, modern first editions, or antiquarian. This is a sound principle no matter what business you are entering. And finally, if you come across a nice Giles Annual from 1945 at a jumble sale, give me a ring. I'll give you double what you paid for it.