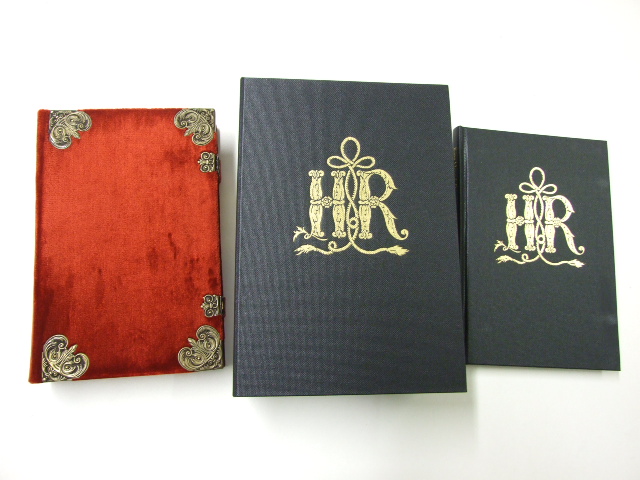 I was thirty nine a few weeks ago. I didn't need to wheel into play any of the fancy number theory I studied all those years ago to realise that this means that next year I shall be forty. They say life begins at forty; but they never say it convincingly or with a straight face. Like 'She meant nothing' or 'Size isn't important' or 'Go back to your constituencies and prepare for government' it doesn't have the ring of truth somehow.

I have been nervously waiting for the onset of those afflictions that beset people when they reach forty. I have a morbid fear that any day now I am going to wake up thinking that Phil Collins has really made some quite good records. That some of the stuff on Sting's latest album isn't actually that bad. That it's not true that Dire Straits never made a decent record after Communique. Hell, I might even want to go to see 'Cats'. Is this what we have to look forward to?

My fears have been aroused because one of the sure signs of impending middle-age and failing mental faculties is already tightening its grip. I have started watching awful soaps. Not the gloomy Eastenders I hasten to add. And only while I have a cup of tea when the children are in bed. And I do know they are awful. And I didn't set the video to record them when I went on holiday, so I don't think it's terminal yet. But you have to watch out for these things don't you? They creep up on you otherwise. A brisk walk at seven thirty every evening might do the trick.

It's a sad fact of life, and not really a consequence of age, that most of us have to drive boring cars for one reason or another. Usually it's children or economics or both that turn our heads away reluctantly from that old 'E' type, or that shiny Saab Turbo. But as my fortieth birthday approaches, am I suddenly going to start thinking that a Ford Mondeo is really quite a sharp motor? That a Vauxhall Astra is anything more than a reasonably reliable and inexpensive way of getting from A to B?

And what about those items that, heaven forbid, I may shortly be calling home furnishings? I have seen a whole generation go from hard up, reasonably discerning purchasers of carpets and curtains, to loonie WOOPIES buying hideous knicker blinds and dinner plates with Constable prints on them. Dinner mats with hunting scenes. Horse brasses. Toby jugs. It's too awful to contemplate.

One of the daunting things that a forty year old woman once said to me was that the really worrying thing about being forty is that the next milestone is being fifty. Bit of the 'my glass is half empty' syndrome I suppose, but still a sobering thought. It certainly set me thinking. I found myself imagining what it would be like being fifty. It's reassuring as you get older that women of a certain age still look attractive. I mean, we might all draw the line at Joan Collins, but there are some women around fifty who look o.k. aren't there? Joanna Lumley. Felicity Kendall. Er?.

But what about your own personal appearance? It's bad enough thinking that in years to come I might be tempted to tarry at the portals of Dunn and Co., without dwelling on how age might affect me in other more obvious ways. It's not so bad for men they say. Well, women say anyway. We don't have to worry about the wrinkles and grey hair, which are supposed to make us look mature and distinguished. Immature and dangerous sounds a whole lot more fun, but I suppose you have to take what you can get.

Grey hair is o.k. I suppose, but for men it's no hair at all that's a more worrying prospect. I had always thought that if I got to forty and still had a reasonable amount of hair, then that would be fair enough and I couldn't really grumble if it all fell out the next day. My father lost most of his before he was thirty for heaven's sake. Oddly enough, as the day approaches, I think I may have been a bit hasty. Maybe fifty would be o.k. to lose my hair. I still have enough at the moment, with a bit of strategic brushing obviously. But when the day comes, I think I'll go for the Jean-Luc Picard cut rather than the Reg Prentice or the Arthur Scargill. Try and preserve a little dignity don't you think?

And what about your brain? It seems that people start to worry when they are over forty that their forgetfulness may not just be laziness or inattention, but may be a medical condition. Personally, I put it down to having too many things to worry about. Easy for these youngsters who only have to remember whose parents are away this weekend so they know where the next party will be. But when it's your children's parties you have to remember, and who got what from whom so that you can write the thankyou letters, it's a whole new ball-game let me tell you. Apparently it's important to exercise your mind as well as your body as you get older. Does this mean we have to buy those tedious books of IQ tests and try and match the shapes? Purchase those wretched puzzle magazines? Start watching Mastermind - whoops too late thank goodness. Do an Open University Degree in some worthy subject? Eek.

And what will I do for entertainment next year? 'Top of the Pops' doesn't seem appropriate somehow. Am I doomed to watch repeats of 'Terry and June' on UK Gold? Will my wife turn into Hyacinth Bucket? Will 'Ever Decreasing Circles' suddenly seem quite funny? Will Sundays suddenly become quite exciting, as I look forward to 'Songs of Praise', 'The Antiques Roadshow' and 'Last of the summer wine'?

Oh well, I suppose it's been the same for every generation as they hit forty. It's small consolation that as part of the baby boom generation, advertisers have always been after my custom. Whatever age I have been has always seemed to be all right with them. In the eighties it was all twenty-somethings climbing the greasy pole with their double-breasted suits. Now it's thirty-somethings finding that it may be possible to have a flash car and children too. Presumably as I travel through my forties they will be equally reassuring.

My mother-in-law says that every age has its advantages. It seems that the main advantage of middle age is that every day you are offered enough credit to settle the national debt for an emerging nation. At fifty I will get cheaper car insurance. When I retire I can annoy all the people still having to work for a living by saying 'I don't know how I found time to go to work' as I settle down to my matchstick model of 'The Golden Hind'. After that it gets a bit tricky, but I suppose you can always fall back on being grumpy and saying to your children that you don't want to be a burden. In the meantime, I think I will give 'Cats' a miss. What's that Prodigy album like then? And to paraphrase Oscar Wilde, there's only one thing worse than getting old?