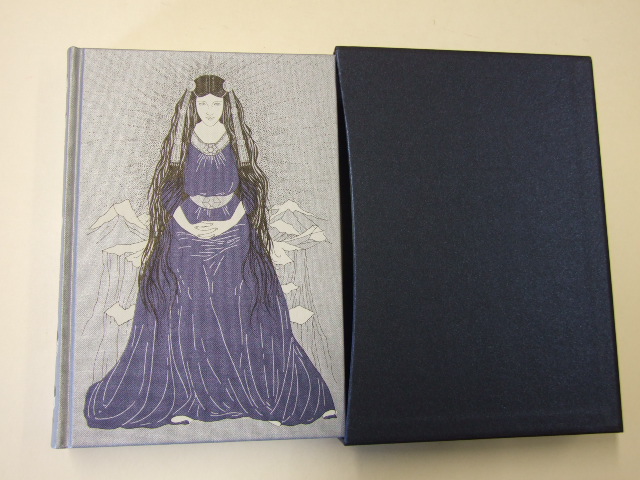 For Sale
At the Back of the North Wind
MacDonald, George
Click to view details

British Comics - a thing of the past

"Stop reading that rubbish and pick out a proper book to read." I can remember it now; the reading session at school when I was ten, idly flicking through a copy of 'Tiger and Hurricane'. 'Pop' Hindhaugh was not impressed and launched his tirade at my poor reading habits.

It was at about this age that I gave up comics. Almost overnight it seemed that most of them lost their appeal. The Beano, the Dandy and all the other less durable titles welcomed their readers at around six or seven, then said farewell to them by about ten. It was a short life, but a glittering one. In 1965, with a copy of TV21 and a bag of wine gums my world was complete.

In the Beezer and Topper (still going according to my 'Writers and Artists Yearbook', although I haven't seen a copy in twenty five years) I remember the exploits of Pop, Dick and Harry. In a typical two page adventure, Pop threaded his way home through a dense fog, only to find on reaching home that the fog was coming from his own front door. Dick and Harry had made it with their chemistry set, which was almost believable to a seven year old in the days when chemistry sets seemed to come with gunpowder and sulphuric acid rather than a packet of salt and some iron filings as they seem to now. There was Colonel Blink ('the short sighted gink') and 'Ginger', who was constantly made fun of for having red hair. All so refreshingly politically incorrect.

There was Desperate Dan, now a cult figure who got a mention in a short story on Radio 4 last week, always fondly remembered for his cow pie with the horns sticking out of the top. I liked Billy Whizz, who when I checked the other day in Smith's was still bald and still had that squiggly thing coming out of the top of his head. Why? Will we ever know? There was Minnie the Minx and Beryl the Peril, the first feminists; Lord Snooty and his chums and the Bash Street Kids. Incredibly we had a kid at school who looked just like Plug. His nickname was Plug.

There were the boys adventure comics like Wizard and Hotspur, which seemed completely past it even then; like Rider Haggard with pictures. There were the war comics Valiant and Victor, all about commandoes blowing up bridges. Friends of mine in the forces tell me that the little picture booklets like 'Commando' that still survive are very popular among the ranks. So now you know. This sounds worrying to me.

My sister at various times received the girl's comics Judy, Bunty and Mandy. They seemed a bit soppy to me and the subject matter was less fantastic than the boy's stories. You had orphaned children looking for their parents, or the sickeningly sweet Bobbie Dazzler forever being chased by the hapless Mike Norton.

The girl across the road took 'Diana'. This was a bit more exciting, with 'The Girls from NOODLES' (can't remember what NOODLES stood for - I'll never make the trivial pursuit team). This was like 'The Man from UNCLE' for schoolgirls, and was really an updated 'Ripping Yarn' of schoolgirl mischief. One comic had 'The Four Marys', who might have been renamed 'The goody eight shoes' such was their tedium.

TV21 was an immensely popular comic for three or four years, largely based around the adventures of the Gerry Anderson creations Stingray, Fireball XL5, Thunderbirds, Captain Scarlet and the rest. I always thought Captain Ochre must have been at the end of the queue when they handed out the names. The front page of TV21 was done in a 'newspaper' style which went down a storm with all my schoolmates. I remember arriving in the playground one day proudly sporting my free International Rescue cardboard hat, and meeting a sea of boys and girls wearing identical headwear.

Batman comics enjoyed a boom in the sixties coinciding with the seminal television series. The old series with Adam West still beats the pants off the films made recently. Why not just cast John Inman as Batman and have done with it? Who can ever forget the shark repellant spray produced from Batman's utility belt, or the flippers on the Penguin's submarine in the tie-in film? Well probably most of you I suppose.

It never crossed my mind to question why Aunt Harriet didn't recognise Bruce Wayne and Dick Grayson when they used the simple device of wearing a mask and a pair of tights to conceal their identities. Superman went one step further and just used a pair of glasses. If only life were so simple.

I always felt a bit superior preferring Batman to Superman. At least the writer had to be a bit ingenious with the Batman stories. 'We have no superhuman powers, and we can not fly; don't try it kids' as he admonished us every Saturday and Sunday evening. With Superman, whatever corner he was in, he could always escape with his never before revealed 'thought reading power' or 'telekinesis ability'. Bit of a cop out I always thought.

Mind you, I did read anything as a child. Starting with 'Robin' when I was five, then from Noddy to Arthur Ransome, from Kenneth Grahame to Cornflake packets, I would read it all. I suppose some kids might have had their brains addled by comics, but it seems unlikely. The most ghastly comic I thought was 'Look and Learn', which is what the earnest kids at school were all force fed by their parents, and the only comic ever to be found at my local dentist. I have quizzed a few people recently about this fake 'comic', and they still pretend to have liked it. I am suspicious nevertheless. All those 'Did you know - How raindrops form' and 'Amazing Facts - How to split the atom'. It's all right in it's place, say an 'O' level physics lesson, but it's no Biffo the Bear when all's said and done is it?

Just as well my teacher never knew I read 'Mad'. This was not only a comic, but it was American as well, which would have put it firmly beyond the pale. It was my first brush with satire, and I still think it was quite funny. One strip lampooning war films had the second in command as usual loudly repeating all the captain's orders, until the captain finally turned to him and told him to think of his own clever things to say. Well I thought it was all right anyway.

Ah well, I don't read comics these days. The ones for my children all seem poorly written tripe loosely based on some feeble television series, but I suppose it seems all right if you are four years old. In the meantime though, there is a big market in old comics of a certain age. If you ever come across the first batman comic from 1940, don't send it to a jumble sale. Chances are it is worth around ten thousand pounds. Holy collateral batman.

'I know they are drinkers Robin, but they are also human beings' - Batman